Its been on my radar for a long time now to cycle the Irish end to end I cycled the British end to end( lands end to john o`groats the lejog ) way back in 2008 this is now 10 years ago and it was my plan to do the Irish end to end after I had done the Lejog , because I've cycled the length and breadth of the UK having done the C2C also in 2002 , I have done other brittish cycle routes but I have never done any cycling abroad motorbiking and driving yes but no cycling ! I am going to rectify that and cycle the Irish end to end ,I have been saying that for a number of years now and this year decided to act upon it , Its difficult when you are working full time to organize things like this with your time of work as there's so many other things to do with your free time , I had to prioritize this  and set a date for it,But most importantly It will make it so much better and easier to have a support driver not only to get me to the start point or finish point ( the biggest problem for this Irish adventure as the start and end point are a long way from airports ferry terminals or train stations ) so organizing a support driver has been one of the main reasons I've not done this yet ,Sheila is a willing volunteer for this task and the wee bongo will make a grand support vehicle for a cycle adventure it actually saved me money putting Sheila on my van insurance ( I've no idea how that works )
first big planning task was picking a date and rough timescale so ferries could be booked, May worked out well for both of us time off work and activities wise , I like winters for skiing and summers for hiking so spring time seemed to be the best option here's hoping its not pissing with rain ! , length of time to take for the start and stop also had to be considered , as with all cycling route possibilities you can go as quickly as possible or take your time choosing a more scenic but longer route , We had a little cheat and checked a companys on line itenery for a cycle holiday which was doing the south to north route in 5 days of cycling roughly 75mile a day. The most direct route is approximately 525 miles / 845 km but can be longer if you want to hug the coast and catch some scenery which is what we are hoping to do

The route is most commonly completed by cyclists in around 5–6 days, with some INCREDIBLE exceptions:
Its sometimes called the MizMal or the M2M as its mizzen head to malin head with mizzen head being south and mallin head at the north , I done some pricing for ferries with some rough dates and I wanted to get it booked so we then had a kick of time and we can start working out a proper ( but still rough not strict )plan it out one step at a time !  I priced from Liverpool and from Belfast I made some of the start dates for the Monday others for Sunday because I was thinking Monday the 21st we could be over to Belfast for the Sunday night possibly and may even be able to stay in Derry the Sunday night ! but anyway I looked at lots of options
1 - A straight forward return ferry from cairnryan to Belfast mond 21st  back the 2nd of June is £310
2- its £140 for a single on the 21st 2hrs on the ferry the single on the Sunday at 16:30 is £10 more
3- Liverpool to Dublin the night of the 20th is £257  ( hollyhead is £169 same day but short crossing at 14:00 )
4 – A return ferry starting from Liverpool to Dublin on the 20th of may back from Belfast on the 2nd of June £421
5 – cairnryan to Belfast 20th of may Dublin to Liverpool 2nd of June £303
After an email or two exchange with Sheila we opted for option 5 , this made it more sensible to start the cycling in the north and head south so I shall be doing the MalMiz M2M ! , the return ferry was booked on the 7th of April  and then our dates were set ,
We had to buy some maps for planning and off course navigation once there , firstly I bought a big road map these aren't expensive and that's all I used for my lejog in 2008 , (I still like to look at that map occasionally as what I actually done is bought cheap road maps and cut out a passage way of possible roads then sellotaped the sections together in a big folded up home made 6ft long by inch wide road passage map) , this time will be different as I have a support vehicle , I also bought a more expensive (£15 ) map called the wild Atlantic way as there is an official walk covering over 1000miles that hugs the Atlantic coast , much better for route picking and points of interest for stops .
we had a chat about all the possibilities and stop overs and Sheila has a few ideas of things she would like to see an do along the way also . its going to be impossible to fully  plan and that's the beauty of an adventure the uncertainty !


Malmiz M2M rough plan for us

Here is A brief interchangeable rough plan I came up with ! Things to keep in mind we have 11 full days travel home early on day 12 of 13 days on the go not including journey back from Liverpool ,

Arrive in Belfast Sunday 20th of May 17:45. It’s just over an hour’s drive from Belfast to bally castle which looks the ideal place for our first night, and this is very close to the Carrick a rede bridge and Giant’s Causeway

Day 1, it’s an £8 toll to cross the rope bridge it won’t be open the Sunday night so we need to do that in the morning and head to giants causeway for lunch time and then head up the coast!

This ferry would save a bit of a journey and looks fun but not open yet at this time of year ! if this ferry isn’t running it’s a 68 mile drive 2hrs from giants causeway to get to the malin head start point, so potentially looking at 2pm`ish at the start point for cycling, its around 30miles 50kms cycle from the start point to Londonderry I would be happy with that ?! It would be nicer to make Letterkenny but that would be a 62mile cycle for day one!

Day 3 Donegal to Sligo is 64km only around 40mile!

Day 4 Sligo to Galway is 145km about 90mile! So that would be a big day cycling

Day 6 limerick to Killarney is 110km – 66mile Killarney has a cracking looking traditional bar and the start of the scenic stuff!

Day 7 Killarney to? its possibly to get to mizzen head in a day from here cycling but it’s another 115km cycle so 7o miles ish its 27km from Killarney to Carrauntoohil, Coomcallee, Co. Kerry, Ireland so that cycle will be broken with a hill walk realistically extending the finish day to at least day 8 or 9 all loose and lots to see and do in-between ,the blarney stone is near cork which is on our way back to Dublin for our 09:00 ferry Friday 1st of June you need to be at the ferry an hour before it departs , so we best be close to Dublin on the Thursday night


I'm personally happy with leaving the planning as it stands above then just leave Sheila to tweak as we go , its time for me to move on to planning of the packing of bicycles the van , the hillwalking stuff running filming photography computers sat nav etc ,

Popular posts from this blog

The planning and kick off 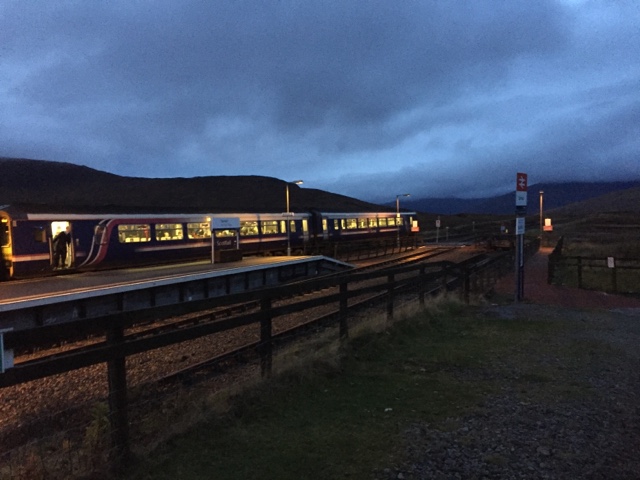 Why October !                           I've had a very busy year between trips away in the van music festivals and a trip to Poland over the summer, with all that and working away from home has meant it has taken me a while to squeeze in a week that I was totally free to take fullest advantage of Scotrail`s highland rover deal , its a great deal you Get four days unlimited travel over eight consecutive days across the Highlands for £81.50.From the beautiful landscapes of Skye on the west coast to the wild expanse of Caithness in the northern  highlands and the windswept east coast with some classic scenic railway lines right through the middle , the Highland Rover is your ticket to some of Scotland’s most scenic journeys by rail, ferry and coach , too good a bargain for someone like me to miss out on , I love trains and have done long distance routes across Europe china India and south America , I also love my home country of Scotland especially the mountains   ,
Read more

how did i enjoy the cycling 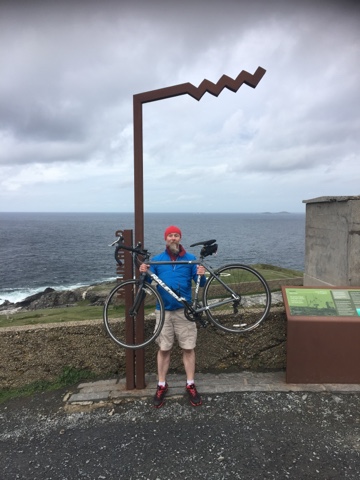 Ive felt it would be worthwhile writing a bit about how i felt about the cycling and bike stuff in general , also some of my cycling equipment to remind myself of how it went and what i would do different next time !              I was anxious about the cycling before I set off at Malin Head because of my injuries and lack of training but it went well and in the end I enjoyed it , I now feel really proud to be able to say i have cycled the length of ireland , I’m glad I chose north to south doing the malmiz instead of peoples usual mizmal M2M , the Irish roads were very good for cyclists better than the UK ! It would be lovely to have a few months and do the whole 2500km of the wild atlantic way its such a beautiful friendly country , I never encountered any of the usual crap touring cyclists get in the uk which at times can even become violent       my fitness held out just ! my knee was hurting at the end from an old cartilage ski injury, I got this injury 20years ago an
Read more